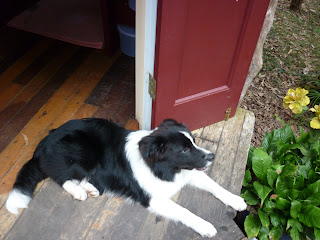 #1.I fear I actually have to face the music about my puppy Jasper, now 7 months old and who I just adore.
OK here it goes, I will say it....He likes Dad better than me....CRAP! Now I know how all those moms feel when they've changed dirty diapers, wiped snotty noses, held crying babies endlessly only to find the little bub' running gleefully to Dad when he comes home from work.
I asked our dog trainer months ago if one could "love their dog to much..." she just laughed, but now I wonder if I've smothered him in love....


#2.Some bands get better with age, some suck and should have just given up when the time was right.
Last week end my gal-pal Felicity and I went to see a "tripple-hitter" line up: Peter Frampton, followed by the band America and then Chicago. (I am after all a 1977 high school graduate)
Anyhow, they sucked. All of them....well, Chicago was OK, but average at best.
Some may remember my blog posting 6 or so months ago about Carol King and James Taylor and the absolute stunning concert they put on..

...and then there is the man himself.....don't even get me started on the legendary BOSS, Bruce Springsteen in concert. I was introduced to Bruce (musically speaking) at the tender age of 15 and he's rocked my world ever since...

#3.A "quickie trip" to the USA a few weeks ago. My mom was feeling blue and a bit under the weather....Even tho' I was just there in June, I sat my bum down on that big friendly jet and zoomed over for a week. Much love later, I flew home. Both hearts happier!
But what happened was.....


#4.The trip put me way, way,way behind in the studio. Christmas is on the way and well, in my line of business (Renee Blackwell Design) that means BUSINESS! So I've been working double time and finally almost caught up. I am not one of those who subscribes to the 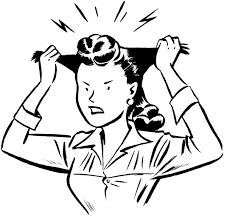 #5.Just a side note: When said friend above, Felicity heard me chattering over dinner about feeling so "normal" so "suburban"....(she thanksfully said, YOU ARE THE LEAST SUBURBAN PERSON I KNOW....) THANKS FOR THAT!
Anyhow, she suggested one of the (small) things I might try was buy and wear OTHER peoples jewellery. Wow! Hey, that is a cool idea...
So the very next day, while she and I shopped til' we dropped in the semi'hip neighborhood of Paddington in Brisbane I bought several items of jewellery and have not taken them off!
Little changes can be big changes....

And with that, I say....Happy Days!
Oh,lets all be extra nice to people today...Why not!

Posted by Renee Blackwell at 4:56 PM